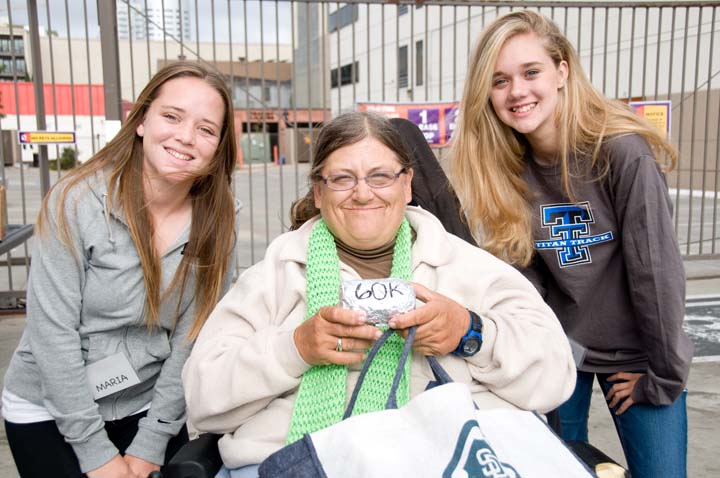 We met Taylor when she rode her bike downtown in the rain a couple months ago to join her aunt and uncle, who were visiting volunteers from Seattle. Wet and soggy she brought a bright smile and enthusiasm to our downtown community. Taylor works at Snooze which held an event last week. When Taylor discovered that there were pans of French toast left over, she immediately thought of the Burrito Boyz, and delivered the French toast on Sunday. Our volunteers wrapped and heated it before we headed downtown. It also so happened that bacon and sausages were donated, as well. Thanks to Taylor for thinking of the Burrito Boyz and to she and her boyfriend, Jesse, who distrubuted the breakfast surprise. 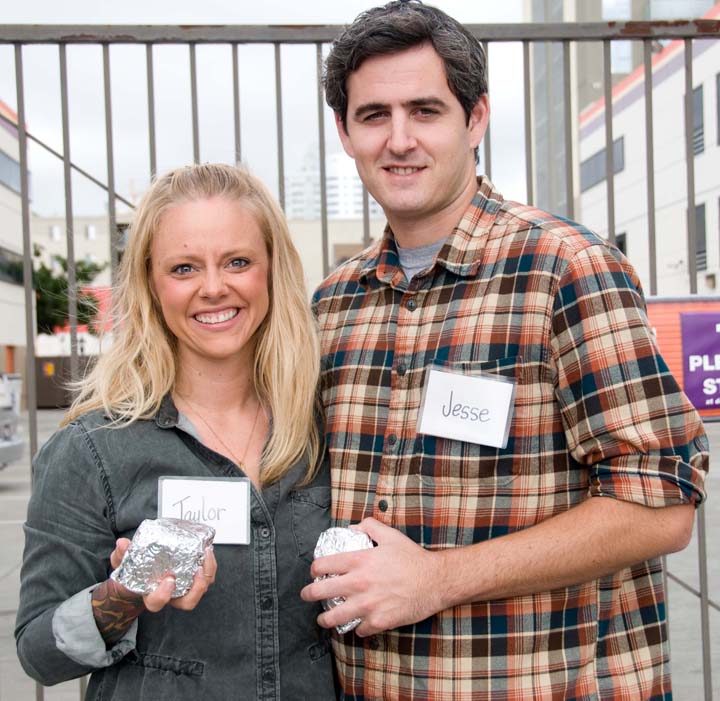 Many in the homeless community are pet owners, who bring their dogs every Sunday. Way back in the early days of the Burrito Boyz, the boys noticed a man sharing his burrito with his dog. Not thinking that was right and knowing how hungry that man must have been, the boyz decided to add dog food to the list of things distributed every Sunday. In the past couple of years we have given out hundreds and hundreds of pounds of dog and cat food. One of our core volunteers, Nancy, has organized our pet food distribution and has encouraged her own adult children to donate money so she can buy dog biscuits and treats for the downtown dogs. The Burrito Boyz would like to thank Quinn at www.pawssandiego.org for donating pet food each week. Last week he even provided red bandanas for the dogs. Mercedes is proudly wearing her bandana. Thanks, Quinn, and thank you, Nancy, for doing a great job organizing the student volunteers, who bag and distribute the pet food on Sunday. 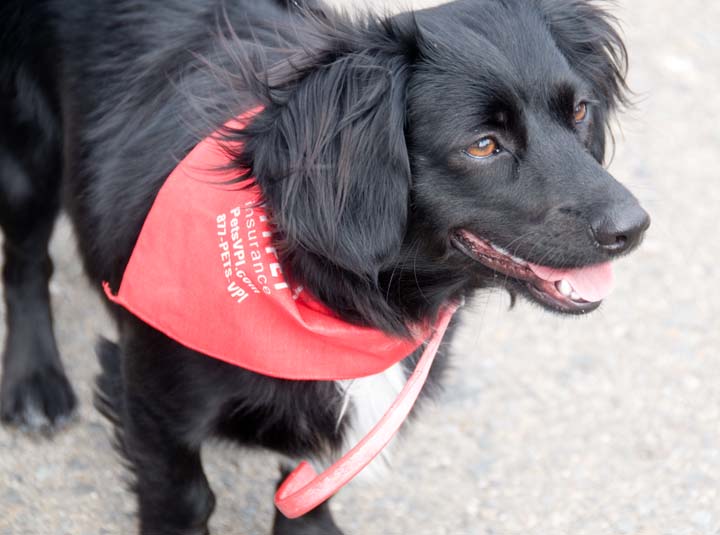